TUCSON, Ariz. (July 12) — The Millennium Technologies-sponsored Kyle Wyman Racing team fought hard this past weekend at Mazda Raceway Laguna Seca for the eighth and penultimate round of the 2016 MotoAmerica Superbike championship. Wyman battled through adversity in practice and qualifying to salvage two top-5 finishes for the KWR team.

Friday’s practice sessions started out with mechanical issues plaguing the team. With the series running along side World Superbike, the already short sessions became shorter as time was missed while tuning the bike in the pits. Wyman found himself further down the timesheets than he’s been the past few rounds. 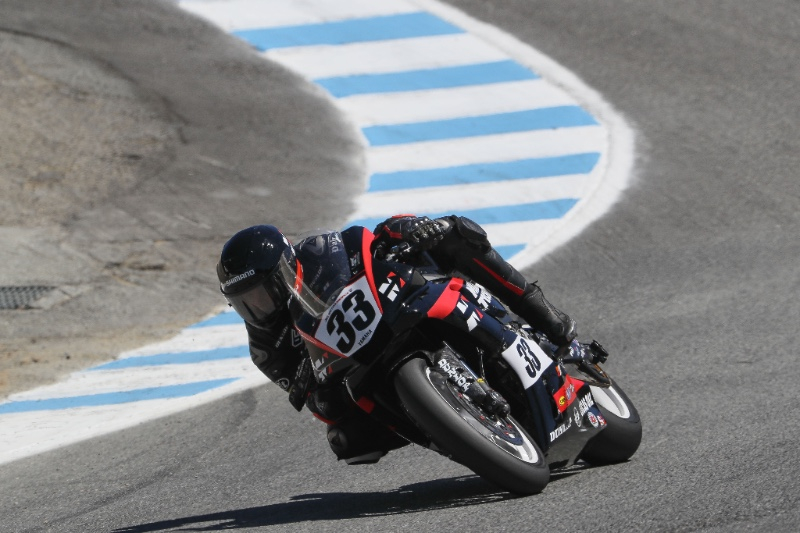 “We just struggled with the bike in the first sessions,” Wyman said. “Typically on Friday we get two hour-long sessions and we have more time to breathe between stints on the track. This weekend just felt rushed. We had a few problems with the bike and it felt like I came in once and there was only 10-minutes left in the session. Luckily none of our problems were major.”

For Saturday’s practice and Superpole, gremlins continued to affect the team and Kyle was unable to make a qualifying lap on a new tire, resulting in a grid position of 15th overall for both of Sunday’s Superbike races.

“After our frustrations on Saturday, I was just wanting to ride so bad,” Kyle said. “Above all else, with a bad qualifying position and everything, I was bummed because Laguna Seca is such a great track and I wanted to just get out there and have some fun on my R1. That was my new goal for both races.” 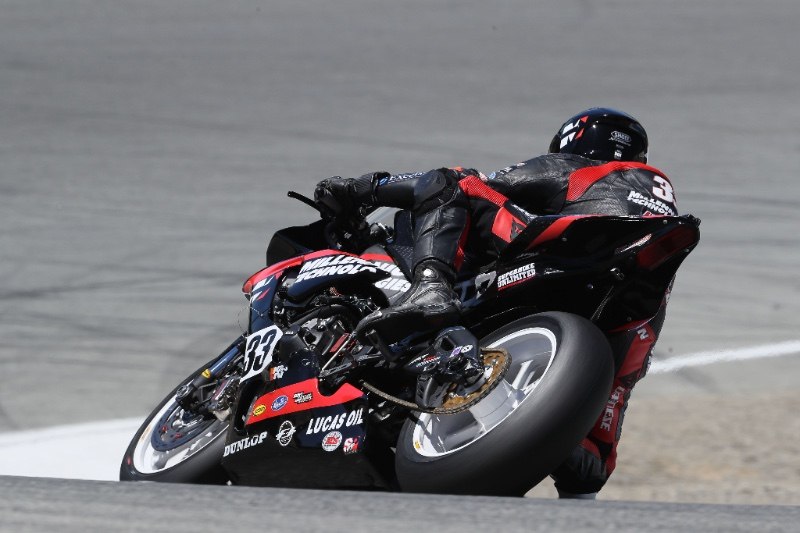 Wyman shot off the line in race one from the fifth row, settled into a race long battle and finished up 4th place in class, 11th overall despite apparent grip issues.

“In race one I felt like I had less grip than any other session I rode,” Kyle said. “Something didn’t seem right and we were quite a ways off of our lap times in practice. After the race we congregated with the guys from K-Tech suspension and were able to come up with a setup change for race two.”

Wyman’s run in race two proved that the changes made were in the right direction, and his pace was consistently quicker from a lap-time standpoint. He finished race two in 9th overall, 5th in class. 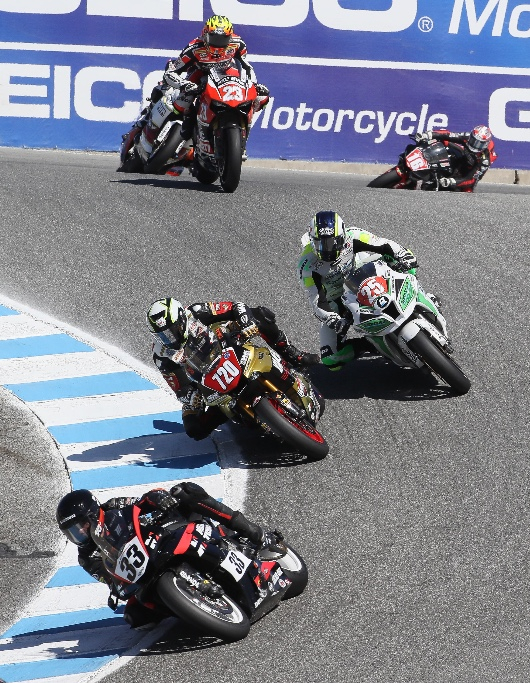 “I felt like race two was finally an opportunity for me to relax and loosen up on the bike,” Wyman added. “The first half of the race was hectic and I was making a few mistakes here and there, but towards the end of the race I was able to remind myself to relax and just have fun. I definitely accomplished that towards the end. It was really cool to see so many fans around the race track on the cool-off lap too.

“I’m bummed in a way because I feel like we belong a little further up the order, but I’m happy because we have a bike in one piece, I had some fun and was able to enjoy the privilege of racing at one of the most famous tracks in the U.S.”

The final round of the 2016 MotoAmerica Superbike championship is September 9-11, 2016 at New Jersey Motorsports Park in Millville, N.J.

For more information on the products and services offered by the Millennium Technologies family of companies, visit www.mt-llc.com