DANVILLE, Va. (May 6)— The Inde Motorsports Ranch/KWR Ducati team put together another pair of top-10 results this past weekend at Virginia International Raceway. Wyman finished 9th in race one, and 10th in race two after leading early in mixed conditions.

The KWR team experienced some mechanical issues to start Saturday morning, in what was a shortened two-day format event. Wyman completed only three total laps in the first of two 45-minute qualifying sessions to start the morning. After battling through gremlins on the bike, he was able to put in a fast time of 1:25.931 to secure a spot in Superpole to remain perfect on the season.

The Ducati rider battled through another set of small issues on the bike to qualify in 8th for the two races, one of which that would happen Saturday afternoon after Superpole. With so little laps completed during the morning, the team decided to start race one on the familiar setup from the morning. 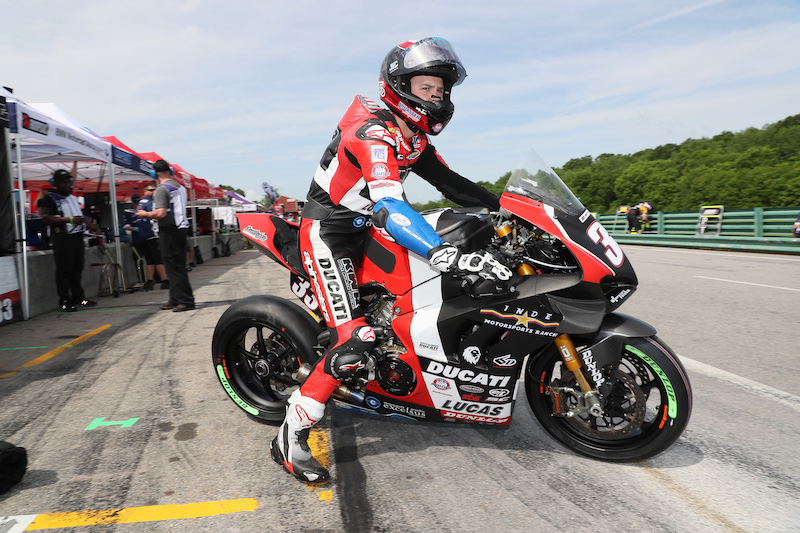 “I was really looking forward to the two-day format, until we came out of the gate with issues on the bike,” Wyman said. “It was really tough knowing that we had so little time and we were sidelined that whole first session. It took everything I had to try to find a rhythm in the second session. I was pleasantly surprised to put the bike in the 25’s range of lap time for the way it felt.”

“Unfortunately we didn’t get a whole lot of data during that morning since we were so under the gun, so we just gridded up for race one on our qualifying setup. For some reason I couldn’t really match my practice times during the race, and it was a lonely ride in 9th. I took the time during that race to experiment with some different gears, settings on the bike so I could try to take something meaningful away from the race.” 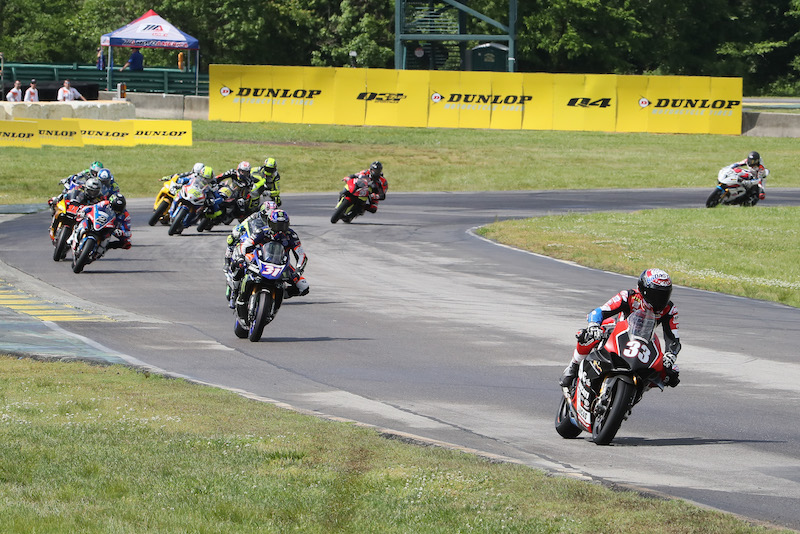 Sunday’s race two was started in wet-but-drying conditions, where most riders started their sighting laps on rain tires. A downpour in the early afternoon had soaked the track, but the sun had come out during the pre-grid time. While the race was declared wet, most teams elected to start on slick tires for the dry and play the long game. Wyman and the Inde Motorsports Ranch-sponsored KWR team decided to gamble with rain tires, and try to get out front and pull a big enough gap to get a result.

Wyman grabbed the lead out of turn one and put his head down, building to a 12-second lead over the entire field. As the sun beamed down on the track and the dry line started to form, the Panigale V4 R began to roast the tires on the dry pavement. A 12-second lead quickly vanished and on lap three Wyman lost the lead to eventual race winner JD Beach, who had gone with fully dry setup and tires. Wyman was able to salvage a top-10 in what was a race of survival on rain tires. 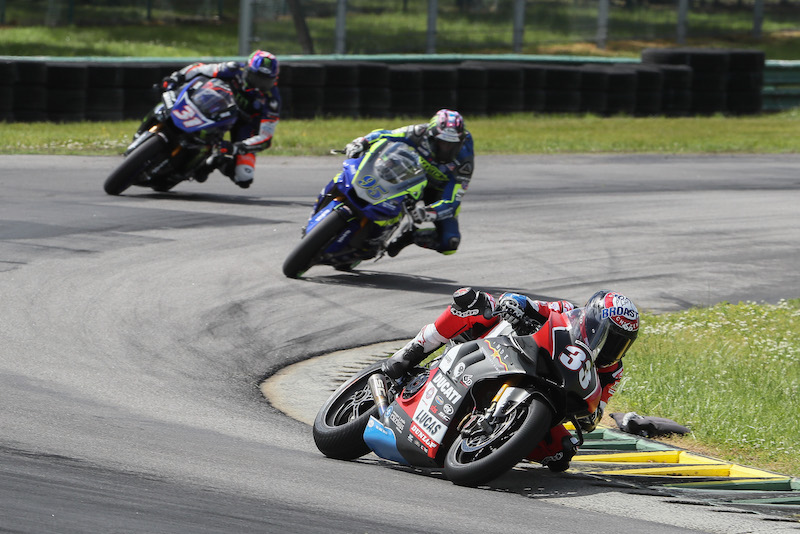 “To be honest, I knew that it wasn’t going to work,” said Wyman, regarding his rain tire strategy. “Of course there is always hope that it will stay wet longer, or another rain shower will come in, but I knew it was a long shot. We kind of ran out of time to change to slicks, so I was committed and I had to try. By the time my gap started coming down I knew I was screwed. The boys came by me pretty quick and at that point I just tried to make sure I could make it to the end and salvage some points, keep the bike rubber side down. Sometimes you just have to take a risk and today seemed like the right time for that.”

Wyman retains 10th overall in the championship points standings after three rounds, six races total. So what’s next for the KWR team? Some testing, finally. 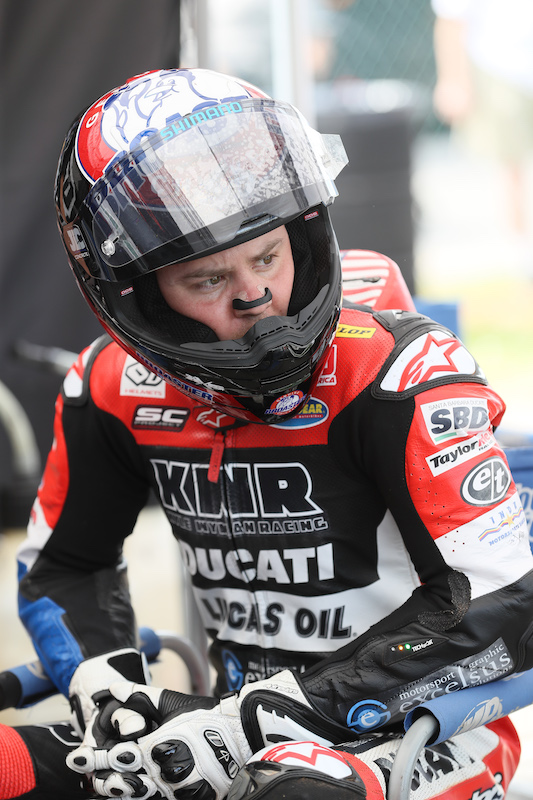 “In two weeks we head to Pittsburgh to go test our new Ducati for the first time,” Wyman said. “These first three rounds have been super difficult on us, having to basically test while we race and learn what we can while we’re on the road. I look forward to finally having some time to ride and learn the bike without all the pressure of the race weekend around us. This is a building year, but it’s a long season and I believe we can find the pace to be at the front before 2019 is over.”

The next round of MotoAmerica is at Virginia International Raceway, May 4-5, 2019

LIVE coverage of MotoAmerica is available for only $69.95 per year at www.motoamericaliveplus.com